Epidemiology at 49 – A bump in the road

So after Christmas I encountered my biggest bump thus far in my road to an MSc in Epidemiology. Its name is “Using Stata [a data analysis software] to Perform Conditional Logistic Regression” and it is a fearsome beast. It is closely related to the creature “Using Stata to Do Pretty Much Anything” and both of them really had me down for a while. 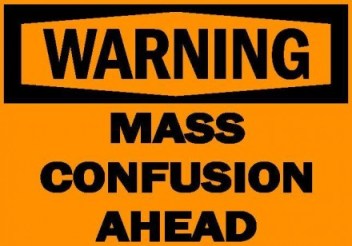 I am attempting to study simultaneously two statistics courses (EPM202, Statistical Methods in Epidemiology, and EPM304, Advanced Statistical Methods in Epidemiology) that are not meant to be treated so flippantly. Indeed, one should be completed before the other is attempted. I have more or less achieved this, since I have finished the coursework and FA for EPM202—but I’m cutting it rather close, as I have still only completed three sessions of EPM304. Not to mention taking two other courses this year, and my work, and my kids. I feel the pressure! So it wasn’t great that I got stuck on my second practical for EPM304—for weeks.

So, what was so hard about the 304 Practical 2, and how is it that I find myself more or less on the other side of it today?

What was hard about it was that after spending hours on the practical and on the answers provided, I still didn’t get it! Any of it! (Anybody else ever have that feeling?) My questions seemed endless. How can a categorical variable somehow become continuous? (Answer: It can’t. But a categorical variable that takes numerical values can usefully be interpreted as continuous if you want Stata to check for a linear trend.) How can you conduct a proper Likelihood Ratio Test if your two models don’t share all but one of their variables? (Answer: You can’t. But including an interaction term in your CLR model tells Stata that the two terms whose interaction you are testing are already in that model.) And why do you need to generate a new variable (using some fancy Stata footwork) to test for a linear trend? (Answer: You don’t need to!)

I ask questions. A LOT of questions. The way I learn is by digging down to the bare bones of an issue and staring at it until it makes sense to me. That way, I don’t have to memorize as many rules or guidelines—instead, I can always go back to the beginning and reason it out again. If I’m not able to get that underneath-understanding, I falter.

I was very frustrated, and worried I had made a mistake in signing up for two stats courses in one year. The jury is still out on that. But I feel better now, because I am on the other side of that bump. So how did I get here (to paraphrase the Talking Heads)?

It’s not earth-shattering but it bears repeating: Sometimes slowing down helps speed you up.

Susannah is studying the MSc Epidemiology at the London School of Hygiene & Tropical Medicine through the University of London International Programmes. She lives in the USA.

This entry was posted on Thursday, February 13th, 2014 at 1:13 pm and is filed under Courses directed by LSHTM, Epidemiology. You can follow any responses to this entry through the RSS 2.0 feed. You can skip to the end and leave a response. Pinging is currently not allowed.

One Response to Epidemiology at 49 – A bump in the road