Banking and finance through the lens of the past. From merchant-bankers to the first (modern) banks 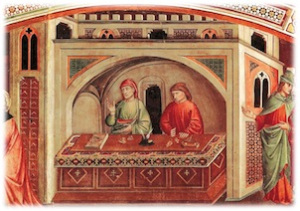 Some months ago, I watched a wonderful series on Aljazeera, called Marco Polo: a very modern journey. The tale is fascinating and addresses diverse (current) themes while Marco’s story flows in the background. It reminded me of another amazing series called The Ascent of Money by Niall Ferguson.While watching the adventures of the Venetian traveller, my train of thoughts wound the clocks back in time… Towards the XII century, a new profession was emerging within the medieval Italian city: the ‘merchant-banker’.

These bold entrepreneurs and travellers soon became sedentary and created companies in the major central and northern Italian communes, built on the ashes of the Roman Empire. Such commercial and financial organisations relied on a complex structure (considering the epoch): regular and fast correspondence, accurate accounting practices, bills of exchange, and articulated manuals on measures, currencies, and business customs of many regions of the world (here’s an example). 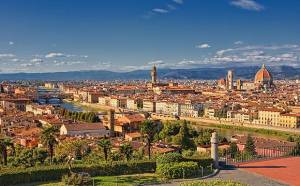 Three of the major Florentine companies/families were the Peruzzi, Acciaiuoli, and Bardi. They held branches in Bruges, London, Marseille, Avignon, Majorca, Barcelona, Seville, Cyprus, Constantinople, Jerusalem, Rhodes, and Tunis (among others). Besides commercial intermediation activities and raw materials transformation, they started to engage in large scale banking activities: transferring money (especially for the papacy), accepting deposits, credit operations, and private loans to princes, kings, and communes.

Unfortunately, financial operations were being carried out quite loosely – no strict regulations were in place – and success was mainly determined by trust and empirical valuations (e.g. reserve ratios). Therefore, events like loan defaults or unsuccessful commercial speculations could quickly lead to bankruptcy – by the way, the word ‘bankruptcy’ derives from the Italian ‘banca rotta’ (Lat.: bancae ruptio, Eng.: broken bank), a custom of breaking the insolvent moneychanger’s counter.

Given the favourable economic circumstances, new companies kept replacing those going bust for almost a century. However, since 1341, a major crisis crushed all of the Florentine enterprises and hit other Italian cities. The roots of disaster are to be found in the loss of confidence, at European level. One of the most extraordinary causes of those bank runs was Edward III’s announcement that the Kingdom of England couldn’t repay an amount as large as (roughly) 1.4 million florins (the so called ‘dollars of the Middle Ages’) – a huge number back then!

The failure marked the collapse of a deceived system heavily based on speculation and imprudent financial manoeuvres. (Aside: it seems we successfully learn from history. The problem is that we succeed in repeating the same mistakes: follow the trend, overlook the fundamentals (i.e. 2007-8 financial crisis)). At the time, the European/Mediterranean society was still largely feudal while the ‘innovative’ commercial and financial techniques developed by Florentine merchants-bankers didn’t fit quite yet.

After the crisis, the strongest companies reshaped their plans and specialised. The role of Florence is, one more time, dominant. Francesco di Marco Datini – the Merchant of Prato – provides us with insights into the merchant class of the time and serves as a model to the myriad small and medium enterprises, peculiar features of a future expanding European economy.

Thus, during the XV-XVI centuries, the Italian companies’ great tradition flourished again, by specialising further in international finance as well as building strong networks with princes, kings, and the Church. This period preceded the XVII century’s decline and was characterised by the predominance of aristocracy, political potentates, and noble dynasties like the Guinigi, Buonvisi, Chigi, Borromeo, and – most notably – the Medici of Florence.

The Banco Medici was probably the biggest international company of the XV century and, after the first 50 years since its inception, it made profits for almost 630,000 florins. Main feature of this new kind of enterprise was that a single member of the family (generally a man along with his sons) owned around 70% of the firm. That’s partly how they climbed the ladder up to the highest positions of the State, as you can imagine.

Starting from 1460, the ‘empire’ deteriorated for several reasons, including unsustainable debts, weakening alliances with the papacy, and excessive exposure to unfruitful credit services to the sovereigns (e.g. Francesco Sforza, duke of Milan – Florence’s ally). The Family was finally expelled in 1494 and this event translated into bankruptcy. Nevertheless, before the collapse, Lorenzo il Magnifico managed to elect as cardinal his son Giovanni, who later became Pope Leo X. This allowed the family to return to Florence as Dukes in 1512.

As a brief family tale shows, the Renaissance society considered wealth and money as secondary aspects, subordinated to rulers and nobles’ rising and falling political power. Indeed, once they gained enough prestige, Cosimo il Vecchio’s sons neglected the company by focusing on politics and public life. This was perhaps the crucial variable contributing to the failure of such an embryonic phase of modern capitalism. 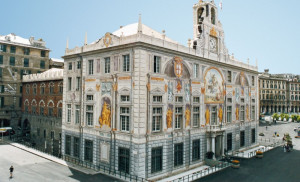 Although the Banco Medici played an eminent role, some scholars contend that the most valuable bank in this period – in terms of its contribution to the evolution of credit structures and financial techniques – was the Banco di San Giorgio, Genoa. It’s considered by most as the first modern public bank in the world and should probably deserve more attention than it receives today. By the way, Cristoforo Colombo was one of its customers.

At this point, given the context I chose for the post, some readers might well be in the most profound stage of their sleep cycle… so, it’s advisable for me to stop here. Yet, should you be interested, Giuseppe Felloni’s writings are immensely better than what I could ever write about the latter Banco: a turning point in the history of credit.

You might say the world of finance today is remarkably different from the world merchants-bankers lived in. However, I believe it’s always interesting to know where nowadays customs come from and how systems (not only financial) evolved through history – the double-entry bookkeeping system pops up in my mind. Thus, I hope students reading accounting, banking, or finance find this brief historical tale enjoyable. They may even like to investigate backwards and discover some of the techniques they’re now studying derive from centuries ago.

Oscar is studying the BSc Economics and Finance by distance learning in Italy.

This entry was posted on Friday, September 25th, 2015 at 11:15 am and is filed under Banking and Finance, Courses directed by LSE, Economics, Economics and Finance. You can follow any responses to this entry through the RSS 2.0 feed. You can skip to the end and leave a response. Pinging is currently not allowed.