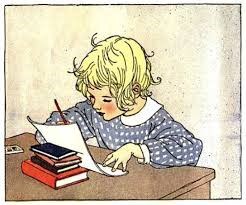 Doing a master’s course is a great learning process.  The four core modules form a great theoretical basis which Moodle and all the readings turn into a practical discovery and global exploration. The subsequent elective modules are more demanding as academic writing comes in! If, like me, you have not done such serious assignment writing before, it is really tough to write six essays in two years and not get desperate because of fear for wrong referencing, paraphrasing, quoting or not fitting within the strict word limits. Still, it is an ideal learning process for the project report of 10,000 words that I am about to start as soon as I get ethical approval locally and from LSHTM.

END_OF_DOCUMENT_TOKEN_TO_BE_REPLACED

Over the New Year period I embarked on a great adventure doing a three-week nursing observational period at the famous Maimonides Medical Center in Brooklyn, NY. Part of my afternoons I spent at their very well-equipped Degenshein Memorial Library to study for my elective modules and work on the proposal for my MSc project report, but more than six hours a day I was following nurse managers, clinical nurse specialists, registered nurses, nurse practitioners and nurse preceptors (trainers) while I penned down noteworthy observations and made the best out of this learning experience. 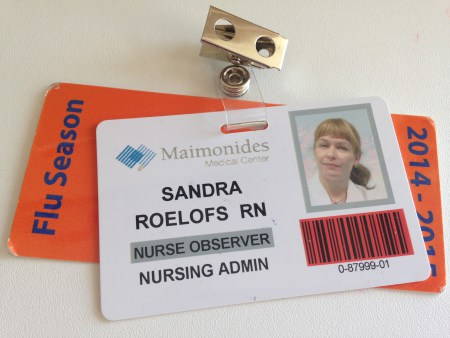 END_OF_DOCUMENT_TOKEN_TO_BE_REPLACED

Surrounded by a peaceful breeze, I sat on warm sand watching the marvellous scene of sun rise. I looked at the pure sky while sun rays were ascending in a wonderful glory reflecting a fulgent shadow on the crystalline waves of the red sea. The birth of a new day always fills one with hope and passion, while the ebb and flow of tides motivate endless metaphors. A vigorous wave followed by a tranquil one just resembles the movement of Egyptians in revolutionary protests in January followed by their flow to arbitrative polling stations in December.

Stimulated by natural beauty, I started reading in my Social Policy subject guide. Reading on ideological perspectives on an Egyptian soil has a special taste; reflecting my studies on the current situation in Egypt is particularly challenging. As shown by the first parliamentary elections after the revolution, the overarching ideology in Egypt is an Islamic one, which is not archetypal of any of the ideologies I’m currently studying. However, what is tremendous about the University of London courses is that they provide one with the analytical tools applicable to any setting.

For Islamist parties in Egypt, winning a majority after being banned of engaging in political activities for over half a century is an accomplishment. Nevertheless, history suggests that real achievements are to be judged based on sustainability. As an electoral, I can tell that our votes in the first free elections were driven by trust and it is clear that Islamists have proven successful in trust-building on the national level. However, voting in subsequent elections would naturally be based on actual performance which is the real challenge facing all political parties in Egypt, especially the ones that Egyptians have put their trust into.

A New Year and a New Egypt

As one approaches a new year, the first thoughts that come to mind usually are the achievements of that year which is about to end. Looking at 2011 as whole, I find this year very special both on the national level and on the personal level.

History will never forget this date, 25th January 2011, which has sparked the light for the Egyptian Revolution. For Egypt, the major achievement of 2011 is taking the first steps towards real democracy. Since the first days of the revolution, Egyptians have learned that it is the power of unity that can make them change the world and it is unity that will enable us to continue our path. One hopes we will never disregard the lesson.

END_OF_DOCUMENT_TOKEN_TO_BE_REPLACED

Studying in Cairo, life after the revolution…

Writing from downtown Cairo 42 weeks after the Egyptian Revolution, I still cannot find words that would express my feelings as an Egyptian student experiencing 18 days of unrest and absolute uncertainty. For more than two weeks, protestors crowded the neighbourhood with outcries that shook the ground; one could not help but hope for a better future to come.

Throughout those grave days I had one source of light: my studies. I was full of faith that one day the sun would rise on free Egyptians empowered by their aspirations and ambitions to build their country. With these thoughts in mind, I knew had to start with myself and build my future by studying hard -even if there was no hope of reaching my school or taking my exams under that turmoil. END_OF_DOCUMENT_TOKEN_TO_BE_REPLACED

The University of London External System broadcast its 2010 London Graduation Ceremony, live from the Barbican on Monday 15 March 2010.

There is now an opportunity to access complete coverage of the ceremony as video-on-demand, visit: http://www.londonexternal.ac.uk/graduationwebcast

Don’t forget your headphones either …