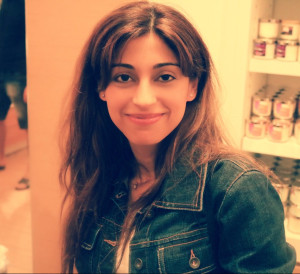 Being a bit of an old soul, the idea of transformative learning never appealed to me, and I in no way or form fit the profile of an autonomous learner. Instead, I always preferred to follow the directive of the typical white haired, corduroy blazer sporting, battered leather briefcase toting professorial figure. Under such guidance I was able to work feverishly towards adding an “outstanding” to my educational credentials. Hopefully satisfying my parents that I was indeed working towards someday generating a hefty return on the tuition fee investment they grudgingly funded.

However, when it came to doing a master’s, the exorbitant costs of studying and living abroad left me with no option but to pursue the distance learning route to achieve my educational goals. I spent several weeks researching and emailing dozens of universities – half of which I did not care to pursue on one pretext or the other, and the other half that deemed me academically or otherwise unworthy to enter their virtual realm. Finally,  a combination of fate, and getting my foot in the door right before the entry deadline, landed me at the helm of the University of London. Through the distance learning MA  in Education programme, I was able to finally become a student of the UoLIP, UCL AND IOE (now UCL Institute of Education), plus I got the coveted @ucl email address as a bonus.? 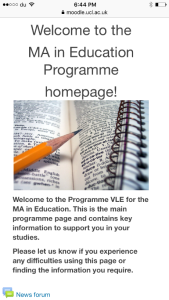 With a week to go before the start of the core module (What is Education?) session, I was faced with the daunting task of sorting out and familiarizing myself with the maze of websites that constitute the UCL, IOE and UoLIP. This included but was not limited to: sorting out user IDs , passwords, making sense of course schedules, and trying to keep pace with the reading lists that aimed to fit a lifetime’s worth of reading in 10 short weeks . All this, not to mention the constant technical glitches that resulted in a frenzy of emails and calls to the ICT help desk (which given the time difference meant trying to leave semi coherent messages on the voice mail), to course tutors, and anyone else in the university alumni who was willing to answer to my frantic pleas of help.

The actual day of the online class was no less uneventful, as I logged into Moodle, it took me several failed attempts and repeated downloads to access Blackboard Collaborate (the software needed to join the live streaming lecture). However, as the minutes ticked by I realised the only  person in the classroom was a test subject #3, which was presumably me, and that the actual room lay somewhere else in the virtual maze to which I had apparently no visible access.

Now you have to realize that the first day of school, even virtual school, is pretty stressful. Maybe even more than actually being on campus clutching your backpack making your way through hundreds of other hopefuls each trying to make sense of their educational road maps. Consider now the plight of a virtual student, they are just as unsure and confused as their physical counterparts, and slightly worse off because in the virtual realm you are quite frankly all alone.

You cannot tap a fellow student on the shoulder to ask for directions because there isn’t anyone there who can help you out immediately. Your only lifelines are the discussion forums and instant messaging, which are only instant if somebody happens to be watching them all the time. Which frankly on the first day nobody will, and by the time they do get to responding you will probably be on the floor hyperventilating.

Luckily for me, a fellow online student in a similar state of peril managed to locate the aforementioned room. Whether she used a GPS software made exclusively for poor, lonely virtual  beings like ourselves or she actually managed to get hold of someone in this hullabaloo I don’t know.

The important thing was I was finally able to join the class, along with 14 other distance learners (who knows where all of them had been all this time),  and a packed class of the real students, professors and tutors on campus in London – all of whom I could see via a 2 x 2 inch square on the left of my screen.

The lecture itself was enlightening, with the tutors providing constant updates to us less fortunate ones who were tucked away in one corner of the “room”, communicating via text and occasionally raising our tiny virtual hands each time we had a query or felt like making the world aware of our presence.

To be honest, seeing my name on the screen amongst a dozen others made me feel somewhat diminished. I would never be able to know my classmates or form any kind of bond with them, my interaction and presence was limited to a few words on a computer screen. Being someone who would always be front and center in the seating row, ready to raise my hand the moment inspiration struck me, I was reduced to clicking on the hand icon and then waiting as my query got pushed further and further up in the chat room.

Despite the best efforts of the staff, and technological advances, I came away from my first day at virtual school feeling a bit lost and friendless. The silver lining being that hopefully as I get more savvy with the Moodle, VLE and IOE library, the virtual realm will start feeling more like a second home and less like an impenetrable labyrinth. ?

Nida is studying the MA in Education by distance learning in Dubai.