This is the second in a two-part series of blog posts by newly appointed members of the Student Voice Group, sharing impressions of an induction event that recently took place in London

I am sure that many of you can relate to that anxious time a few months ago when our results were released? Well, that day finally arrived and I felt a great sense of accomplishment having passed all my courses in my first year of the LLB. 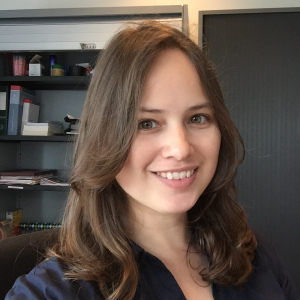 As if this was not enough, the next day I received the surprising news that I had been selected to join the Teaching and Learning Environment (TLE) panel of the Laws Programme Board as a student member. By extension, this appointment further entails being a member of the Student Voice Group (SVG).

And now time to get to work. The duties of this role started with an Induction Day on September 1st at Senate House, which was attended by the student members of the various committees. We were introduced to the work of the committees and heard from leading members of staff at the University of London International Programmes on topics related to student engagement and academic governance. It was evident that the University is strongly committed to engaging students and having our voices count in the continued evolution of the International Programmes. It is to this end that the University has moved in recent years to adding student members to a number of its committees. I also noticed that they seek to hear our voices by opening new feedback channels and strengthening existing ones, as well as ensuring that such channels are effective by ‘closing the feedback loop’.

An important thing that was noted is that we are not student representatives, as we were not elected. This means that we can’t, in the true sense of the word, represent the views of other students. Although all students share many common goals and issues, the committees are aware that each student’s views are colored by their specific situation and that their needs vary accordingly. Thus, as student members we merely add one voice to discussions at committee meetings and this works alongside more representative feedback that the University receives from the student corps via the various surveys. Therefore, I would strongly encourage you to complete these surveys. The University values the feedback provided therein, so the surveys ultimately truly impact the student experience.

As I mentioned earlier, the Induction Day took place at Senate House, which is a Bloomsbury landmark steeped in history and has served as the University of London’s headquarters since 1937. As part of the Induction Day we had a chance to tour this memorable building and see fascinating spaces such as the Library and the Senate Room. The tour was topped off with a grand view of London from the Senate House rooftop! 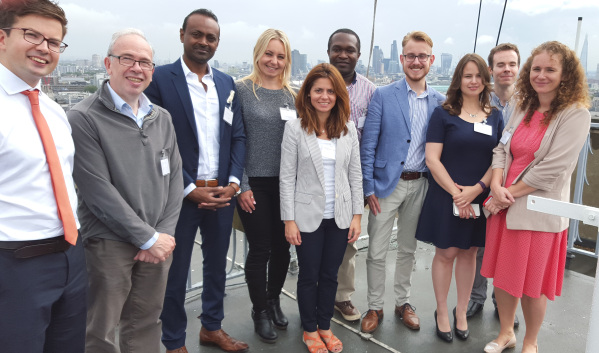 We also had a peak behind ‘closed doors’ and saw the offices of some of the people who make our study experience happen – members of staff who prepare our boxes of study materials, and send examination papers to exam centres all over the world!

To conclude, the Induction Day was truly memorable. Adding student members to decision-making committees is but one example of how the University of London’s forward-thinking leadership exercises their commitment to enhancing and enriching the student experience. This continued evolution can be credited as one of the reasons behind the University’s everlasting relevance in the world’s classroom. And it makes me proud to be part of the World Class.

The next edition of the International Programmes Student Experience Survey will run in 2015-16. All students who have completed one form of assessment will receive an email invitation to complete the survey.

Student membership is an important element of YouEngage, the student engagement programme at the University of London International Programmes. Read more about YouEngage by visiting www.londoninternational.ac.uk/youengage

This entry was posted on Tuesday, October 6th, 2015 at 12:01 pm and is filed under Student Voice Group. You can follow any responses to this entry through the RSS 2.0 feed. You can skip to the end and leave a response. Pinging is currently not allowed.