Suppose that you’ve always wanted to learn how to box. Having decided that you can put it off no longer, you join a boxing gym to begin your study of the sweet science. After a few weeks of instruction, you’ve learned some basic punches, some basic defenses and some basic footwork, and so your coach informs you that you’re now ready to begin sparring. You’re nervous, of course; but you’re also excited to have an opportunity to test your newfound skills. As you enter the ring, you don your headgear and glance at the opposing corner. Only then do you discover that your very first opponent is the reigning heavyweight champion of the world.

While a mismatch of that sort may be patently ridiculous in the context of learning how to box, it’s precisely what happens when you begin to study philosophy. Only the mismatch is in fact much worse. For in philosophy, your first opponents include not merely the best living philosophers; rather, they’re among the best philosophers of all time. So, after only a few weeks of philosophical training, you’re expected – indeed, strongly encouraged – to tell the likes of Plato and Descartes and Locke not only what you think they got right and wrong, but whether you think that their work in a particular area should be altered, improved, or abandoned altogether. 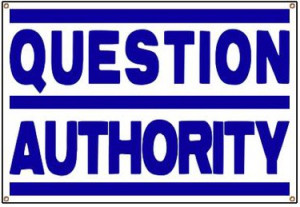 This may sound as if the study of philosophy requires tremendous arrogance. “Now that I’ve had a few weeks of studying, I’m ready to straighten out ol’ Descartes!” But I prefer to see this aspect of philosophy in a different light. Philosophers are not arrogant (at least not in this respect!); rather, they’re strongly anti-authoritarian. Who you are doesn’t matter; only your arguments matter. (This is the ideal, at least, even if it’s not always realized in practice.) Philosophical training, therefore, doesn’t only provide you with the skills you need to think critically. It also strongly promotes, from the very beginning, an attitude of intellectual independence. And that attitude is essential for the proper application of the critical thinking skills that the study of philosophy develops.

Of course, the promotion of this sort of intellectual independence isn’t unique to philosophy. But given the breadth of philosophical inquiry, I think it’s plausible to say that the scope of independent thinking that the study of philosophy encourages is unmatched. Now I concede that every discipline, including philosophy, must take certain things for granted just to get up and running. But the sorts of things that philosophers take for granted will tend to be much more fundamental than those that are taken for granted in other disciplines. Further, even the most fundamental of notions can be easily transformed into a proper subject of philosophical inquiry. For instance, in the study of science or history or economics, you will at times find yourself relying – whether explicitly or implicitly — on various rules of deductive inference. However, you will not, qua scientist or historian or economist, be in a position to question the nature or legitimacy of deduction itself. But philosophers, who also use deduction all the time, have questioned whether deduction can be (non-circularly) justified, and have developed some fascinating arguments in that area of inquiry.

The point is not to somehow elevate philosophy above any of those disciplines (or any not mentioned), of course. For they promote the development of many critical skills – e.g. those involving careful observation, or gathering and shaping and interpreting empirical data, or developing mathematical models to explain or predict natural phemonena, inter alia — that philosophers, qua philosophers, tend to lack. Indeed, philosophers should (and often do) put to good use the empirical findings of such disciplines when they’re working on philosophical problems that touch on areas that are informed by them. Rather, the point is to single out one of the strengths of philosophy, viz. when seriously studied it fosters a generalized anti-authoritarianism by both developing the skills necessary for critical thinking and cultivating a broadly critical attitude.

We can now see that there’s a link between the critical and attitudinal aims that we’ve been discussing and the very genesis of much philosophical inquiry. For Plato said in the Theaetetus that philosophy begins with wonder; and I think that most of us who have been bitten by the philosophy bug would agree. Indeed, we might say that it begins with a childlike wonder. But, contra the dictates and conventions of most social structures and institutions, it also encourages you to maintain that state of childlike wonder – indeed, even to broaden its reach – as you pursue your studies. And that attitude, if successfully cultivated, will ensure that you’ll evermore be as dissatisfied as any child with that universal authoritarian rejoinder, ‘Because I said so’.