Summertime, and the livin’ is easy Fish are jumpin’ and the cotton is high Oh, your daddy’s rich and your ma is good-lookin’ So hush little baby, Don’t you cry 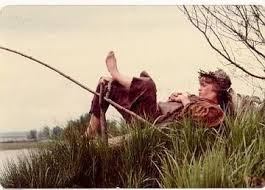 I was 11 years old when Alice Cooper’s anthemic rock classic School’s Out For Summer soared to number 1 in the UK charts and summers seemed considerably longer than they do these days… endless fishing trips to the local forest ponds, and only picnics and formless games of football seemed able to punctuate what was an otherwise seamless vista of possibility… And so I thought for what is in fact my eleventh blog on this wonderful blog site I would allow myself a similar degree of freedom  just perhaps occasionally dipping my toe into the lake to share with you some of the highlights of what has been a really wonderful summer scattered with some occasional reflections on time and possibility. 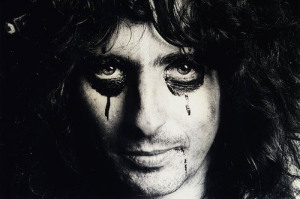 Cooper’s song (which produced a mass of media response including widespread radio-station bans) apparently came about in response to him being asked “what (were) the greatest three minutes of your life”, he reportedly responded:

“There’s two times during the year. One is Christmas morning, when you’re just getting ready to open the presents. The greed factor is right there. The next one is the last three minutes of the last day of school when you’re sitting there and it’s like a slow fuse burning. I said, ‘If we can catch that three minutes in a song, it’s going to be so big.’”

Let’s start with time; and one of the huge paradoxes of human experience is the contrast between what we know of time objectively and how we experience it subjectively… Cooper’s song is all about this… somehow he manages to compress what seems and feels to be an infinitude of emotion, experience and indeed time (that every child knows as he/she waits for that school bell to finally usher in a new summer vacation) into just 3 minutes and 27 seconds of perfection (which in itself is interesting because the 45 rpm single was a slightly sped up mono-mix from the album and so represented slightly more than 3:27 worth of original recorded material) and we are left asking how could it last so long yet be over so quickly at one and the same time. 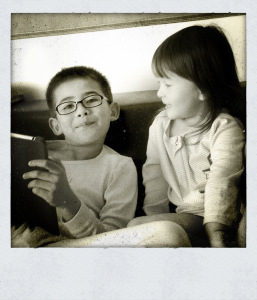 So one of the questions I found myself asking across this summer recess (as I watched my 3-year-old daughter and 9-year-old son at play) was why as adults do we often seem to have lost this sense of expectancy and excitement (& the degree of temporal suspension that goes with it), and in particular how might one re-inject that into life including one’s study life.

Freud would have had something to say about all this; he believed that the unconscious mind had no sense of time and indeed little has emerged to contradict him… it is one of the reasons that dreams are so interesting and perplexing at one and the same time… so even in our waking lives we have this strange sense of contradiction; aware of deadlines, meetings, beginnings and endings yet also simultaneously experiencing the vicissitudes of our inner worlds as we fall in and out of love, procrastinate only later to produce, aware of an outer world yet relentlessly constructing our inner narrative.

Occasionally life will remind us, indeed highlight this disjuncture; this strange year being no exception… 30 June 2015 was an unusual day… for any insomniacs who happened to have an atomic clock in their bedroom before 00:00:00 announced the stroke of midnight in addition to 23:59:59 they would have seen the unique 23:59:60 as the “entire planet gained a second”… it even prompted an entertaining “how are you going to spend your #leapsecond” social media mini-frenzy; all of that aside it does and did for me raise interesting questions.

But I’m going to suggest we are our own worst enemies; we bemoan the passage of time yet (in the vast majority) are guilty of endlessly taking on more commitments even when we know our “precious” time is already very limited. So is the answer to do less… take time out to smell the roses? Well partly, but only partly, and for any LLB International Programmes colleagues I can already hear and feel the mounting resistance: “I have to read such and such a case”… “I’m behind on my tort related studies”… “what about promissory estoppel?” – you get the idea…. So I’m going to suggest an alternative, and it ties in closely with children and how they construct their realities. 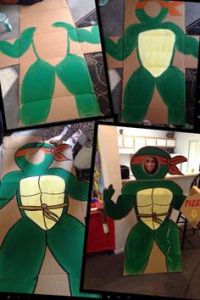 Watch a group of children at play and you’ll quickly come to realise one thing – they are far less constrained and imaginative than your average adult. With a marker pen here and a drop of paint there, a cardboard box can be transformed into a ninja turtle… the tie from a bathrobe can become a fishing line to subdue a monster shark… Dad’s shoes can be donned and Godzilla is born… So my suggestion is just that; change things up a bit and allow your reading (just for now let’s lose the word study) to become a little more playful. Read some of those footnote reference papers that always looked interesting but you felt you “never had time to”… delve into those authors that appealed but you felt might not lead to exam related material… and most important of all – stop checking the clock, your phone and your emails for just long enough to really allow yourself to remember why you started the course you happen to be reading for and re-invent for yourself the love of study I am sure we all once shared.

I hope the summer hasn’t passed too quickly for you all and next month I’ll be revealing the authors/books/papers that really made my summer so enjoyable and just for once returned me to that wonderful place where anything seems possible, and even if the living isn’t so easy I had that wonderful sense of expectancy that anything, just anything might be coming around the corner.

I’ll close there for now; but I hope I’m able to get across one last desire/hope/wish… which is that I would like to interact with other students/readers of this blog more actively… it’s written for you by you (in the sense that each and every blogger here is an IP enrolled student) so please feel free to comment/criticise/interrogate and most importantly share you thoughts, hopes and study related ideas…

As for me… I’m off fishing for as Darynda Jones once said: “I meant to behave there were just too many other options”!!!

This entry was posted on Thursday, August 27th, 2015 at 11:22 am and is filed under LLB. You can follow any responses to this entry through the RSS 2.0 feed. You can skip to the end and leave a response. Pinging is currently not allowed.