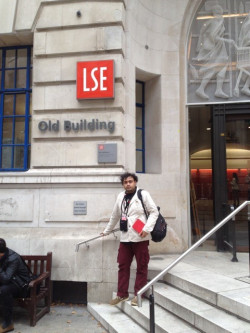 This ‘Friday’ was not one of the most common Fridays that are usually in store for me. Soon after rushing to my French class in the afternoon, it was time to brave the lashing quintessential Kolkata monsoons to attend a ‘mehfil’ where my guru Pandit Ajoy Chakrabarty would be demonstrating the importance of lyrics in classical Indian music. Mehfil’s are typically cozy Indian get-togethers where people come, not in huge numbers, for a event which are usually cultural ones. With my heart still in a daze pondering over the topic of discussion, my mind swiftly cuts in to the next thing in my schedule – a game of balancing sides which I have quite got used to playing. I would be flying to London to attend the LSE Summer School in a few hours. Packing was hardly done and the apartment was a complete mess, bearing not a great deal of comedy compared to the situation portrayed by Jerome K. Jerome in his novel. Reaching home in a dog tired state, there would hardly be scope for any kind of feelings to percolate and surface. However it did: it was a strange amalgamation of excitement, joy, fear, anxiousness, a gut feeling which was indicating that perspectives were going to be changed. Writing about my 2015 summer stay in London could be possible from a thousand different ways: as a travelogue, a poem, informing about the Summer School and counting. However, here I want to share with all of you about my experiences as a student of International Relations with the University of London and the LSE, as a humble student of music, and what I gained from the time.

26th of July, 2015 – a Sunday, Londoners geared up to face another gruelling week, the English weather at its best with the pestering drizzle and the dull skies (which I quite like strangely), and most importantly the registration day for the Session II students. It was the freshness of the strawberries served to us that blew me away, leaving other important things like the campus tour and meeting new friends! Next day, what would be the first lecture day for us, a couple of minutes to 2pm, people who would be my fellow-mates pour in to the Ronald Coase Lecture Theatre at 32, Lincoln’s Inn Fields. Professor Matthew Engelke storms into the theatre and jumps right into the theme of course IR115, ‘Culture and Globalisation’. 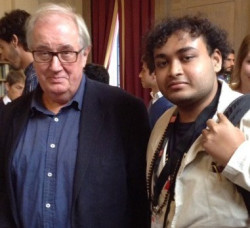 After a few minutes of introduction to the course comes our turn of telling about ourselves. This was the start. People with myriad backgrounds, aims, objectives and interests, it was the uniqueness of each person which infused a positive outlook in me. The adulation which I got from the professor after introducing my sort of weird aims and goals was spectacular. Indian classical music and IR – it was a never heard combination, but I was assured of the seamless scope and potential the two bore together. My very first day ended on a high note too! Meeting and having a chat with one of the leading lights in International Relations, Professor Emeritus Michael Cox, during the departmental reception was a delight and a lifetime experience. His enthusiasm about the International Programmes has planted more confidence and faith in me about studying in this programme.

With the course gathering steam, the classes started before the lectures conducted by two very excellent academics Dr Andrea Pia and Dr Amy Penfield which were a delight in the truest sense of the term. Videos, debates, engaging conversations and sharing personal stories, it was opening up the lid of a pressure cooker and immersing yourself in the aromas of the dish. Starting from the very first influential theory of anthropology – social evolutionism to the olympics, the global war on terror and on to Coca-Cola, McDonald’s and even Amitabh Bachchan, IR115 managed to sweep everything in its kitty to study people and society. 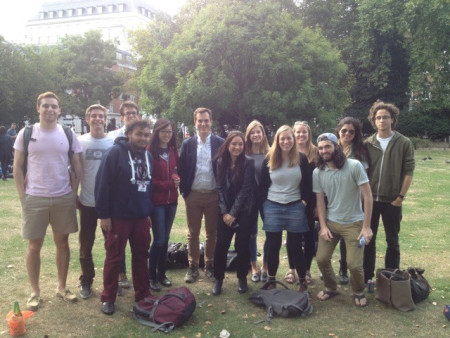 After typically LSE-styled brain wracking sessions of 4.5 hours a day and walking five miles a day, sitting for my music practice sessions was not a piece of cake. However I managed to do so, a very prominent factor behind being the informal dinner for International Programme students at Senate House organised by the University, where I was to sing! Right after the lecture ended, I rushed to Russell Square to be a part of it. Not only the performance I did, but also the people I met there, made it memorable. Meeting with the editor of the London Connection online magazine Mr Peter Quinn opened new vistas for me to think of ways to further bridge the gap between social sciences and music as a performing art, as we talked about musical anthropology, Indian classical music and host of other topics. It was definitely a nice experience to meet with the person behind the blogs Ms Suraya Saleh and other UoL staff whom I have been in correspondence with for over two years online. 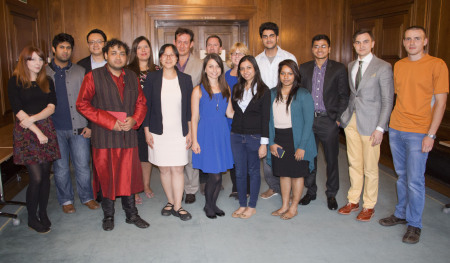 Staff and students at the International Programmes reception.

Speaking about my experience at the LSE, it was as expected – the global dynamism, the melting pot of cultures and backgrounds, the openness of people to other’s ideas, the public lectures and not to forget the library. One of the largest libraries of social sciences in the world, it was a visual treat to my eyes. I may not have managed to discover an iota of the building, but studying in the marvellous treasure of knowledge was by itself an inspiration. The atmosphere of London added to the wow factor – the imperial architecture, the sprawling parks and obviously the tourist attractions like the Tower of London, Houses of Parliament, the Southbank and the British Museum. Not veering off to the touristy experiences, what I gained would be hope, optimism and the dare to ‘think outside the box’ and chase steadily to my goal without speculating too much. 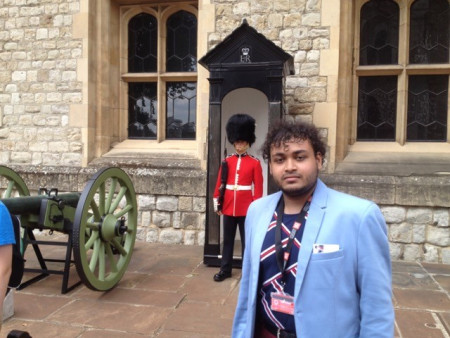 The Tower of London

However, one must not misinterpret LSE as only about studies. The leaving party after two-hour long exams (which was not a great deal of difficulty for me because of having taken LSE exams through University of London International Programmes) and the London sightseeing day trip under the LSE Social Programme were sheer joy. Back home and eagerly awaiting the coming year, the vibe of striving to find the ‘causes of things’ and contribute to the ‘betterment of society’ will be present for the coming period of time – be it in music or studies, the two dimensions of my life. The LSE Summer School 2015 has 100 per cent helped in a quantum leap of faith in me to believe in myself! 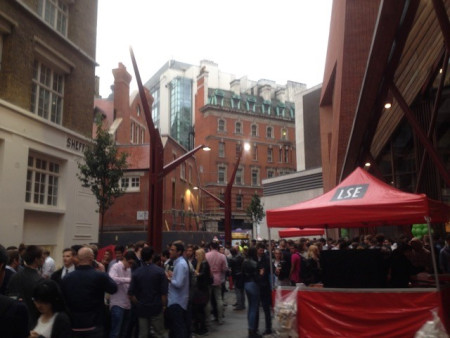 Budhaditya is studying the BSc International Relations by distance learning in Kolkata, India.

This post has also been published on the London Connection online magazine.

This entry was posted on Tuesday, August 25th, 2015 at 2:36 pm and is filed under Courses directed by LSE, International Relations. You can follow any responses to this entry through the RSS 2.0 feed. You can skip to the end and leave a response. Pinging is currently not allowed.