How hard can it be?

Over a month has passed since I finished taking my second year UoL exams. But this time was a bit different. I was not a BSc Accounting and Finance student anymore but a student of BSc International Relations. Not to drag this blog again into exams, I would say as minimum as possible regarding the exams. Admittedly, I could deliver as per my expectations and my preparations, though I don’t expect to achieve results to the best of my capability. Still, a notch above in performance compared to the previous year, and hopefully the results reflect it. This improvement may be attributed to me getting used to the environment of the UoL and the LSE. They have almost become my home and I need to fantasize hard to feel like an alien  – which I used to feel on joining the International Programmes during my very first days.

The mind is abuzz with fresh ideas, hopes and it seems that the dark clouds have paved their way for the sun – though it’s not that it won’t get grim ever again. International Relations and Indian classical music – to pair these two fields seems like fitting a ball in a rectangular frame. However, there’s a bit of twist to the tale. Of late I have found a new topic to my special interest, of course in the ambit of the social sciences and intrinsically related to International Relations (one may even consider it be a part of IR). Musical anthropology – a field of anthropology studying the human race and history through the lens of music – has piqued my interest. Any information on this subject by the readers would be fantastic. A subject of study for the “crazy ones” and the “misfits”, it would need loads of merit, marks and guts to get to delve into this subject. Going by the “live in the present” philosophy, I fathom it is better to go with the flow rather than brooding over things and dismantling peace of mind. Talking of all these things – the UoL, LSE, IR, music and anthropology – I may have got the first piece of jigsaw fitted into the puzzle of life. 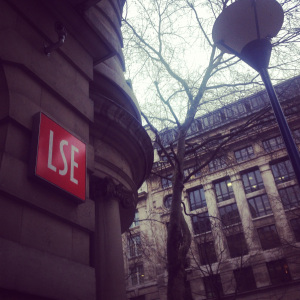 Come the 25th of this month, I, accompanied by my parents (who would be touring London for a week), will be heading to London to attend the LSE Summer School 2015 to study IR115: Culture and Globalisation. Taught by Prof. Matthew Engelke from the Department of Anthropology, this course happens to be a confluence of IR and anthropology. Be it coincidence or sheer luck, it couldn’t be better for me. The selection of this course, done at the spur of the moment, was when I had not even discovered the existence of a subject that could blend the two fields that I am studying currently. That I am a Bengali by ethnicity is the icing on the cake as we get to tour Brick Lane and study one of the largest refugee crises the world has ever seen during the 1971 war which saw the birth of Bangladesh. So we never can get to grasp the design of the invisible hand of destiny and what plans she has in store.

Setting aside the imperial architecture and the royal vibes of one of the most iconic metropolises in the globe, the sheer thought of diving into the reflective atmosphere at the LSE shakes me with joy and fear at the same time. Coming in touch with many of my UoL friends and students from over 130 states and writing my dissertation is definitely going to be exciting and mentally stimulating. I will surely post about my experiences in London. All I need to do is pack my bags and not forget my passport! A hike down the memory trail, the last few years has been hurly-burly:  me taking up commerce and thereby deviating from the generic Indian trend of taking up science (which students achieving higher grades usually do in India), taking up my music to the utmost seriousness, and finally discovering my love of social sciences. The journey won’t be easy, the outcome is yet unknown  and there’s no insured stability, but I am enjoying my journey so far. Let’s hope I somehow manage to make it much akin to the NASA genius in the Apollo 13 movie who got to fit a square piece of equipment in a round hole to save the Apollo 13 astronauts from suffocating in hazardous carbon dioxide levels. After all, how hard can it be? 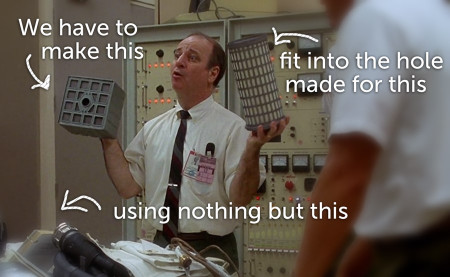 Budhaditya is studying the BSc International Relations. He is studying by distance learning in Kolkata, India.

This entry was posted on Saturday, June 27th, 2015 at 12:53 am and is filed under Courses directed by LSE, International Relations. You can follow any responses to this entry through the RSS 2.0 feed. You can skip to the end and leave a response. Pinging is currently not allowed.

One Response to How hard can it be?