Now as the “Real Deal” (Evander Holyfield) put it, in the build up to the fight what really matters is “what you gonna do when the bell rings”. Would Mayweather’s 38 year-old legs hold up? Had Manny truly recovered from his 2013 Juan Manuel Marquez knockout? How much of Mayweather Sr’s hyperbole should we attend to? And had Freddie Roach really concocted the winning formula?

Well most (if not all) of those questions have now been answered with a crushing unanimous victory to Mayweather in the blue (or was it the red) corner!!! 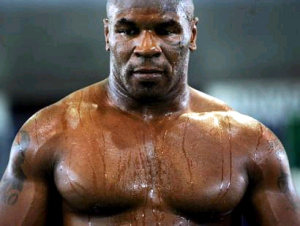 Well, what as mere mortals can we learn from such moments in history (let’s be honest at $99 for a pay-per-view we are far more likely to have contributed to rather than have received anything from the estimated 250 plus million dollar pot); well I’m going to suggest three things… The first is to expect the unexpected, secondly is to enjoy the surprise and the third and final word I’m going to leave to the mighty Mike Tyson.

What do I mean by expect the unexpected? Well, it ties in with another Holyfield comment in his recent BBC interview: “both guys are capable of winning they just gotta do it.” One of the great advantages of being older (as opposed to younger that is!!!) 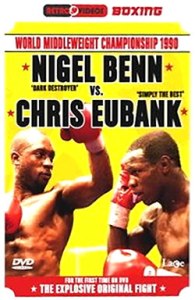 , is you have a greater body of experience and consequent memory banks to call upon so I can remember only too well another classic boxing struggle of titanic proportions; the October 9 1993 Nigel Benn v Chris Eubank rematch (Eubank having won the original 1990 World Middleweight Championship with a 9th round stoppage). Arranged by the ever-generous Don King his contract stipulated that “not only would the winner join his stable of fighters, but also the loser”. What no one expected was the result; the scorecards showed: 115-113 Eubank, 114-113 Benn, and 114-114 and with the bout being declared a draw King’s contract was null and void.

Now if that surprise wasn’t enjoyable enough let me share another with you. The anthemic Eye of the Tiger possibly boxing’s most well recognised musical intro was in fact commissioned by Sylvester Stallone for Rocky III after he had failed to gain the rights for Queen’s Another One Bites The Dust and was originally going to be entitled “Survival”; co-writer Jim Peterik explains: 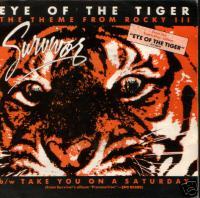 “At first, we wondered if calling it ‘Eye of the Tiger’ was too obvious. The initial draft of the song, we started with ‘It’s the eye of the tiger, it’s the thrill of the fight, rising up to the spirit of our rival, and the last known survivor stalks his prey in the night, and it all comes down to survival.’ We were going to call the song ‘Survival’. In the rhyme scheme, you can tell we had set up ‘rival’ to rhyme with ‘survival’. At the end of the day, we said, ‘Are we nuts?’ That hook is so strong, and ‘rival’ doesn’t have to be a perfect rhyme with the word ‘tiger’. We made the right choice and went with ‘Eye of the Tiger’.”

It it has gone on to sell over 2 million vinyl copies and to date nearly 4 million digital downloads.

But I’m going to leave the final word to Iron Mike (Tyson) who I was blessed to briefly meet when he came to open Shanghai’s nightclub Tyson (sadly closed now I am afraid); in an uncharacteristically unguarded moment in a recent interview (prompted by Mayweather comparing himself to undisputed boxing legend Mohammed Ali), Tyson recovered his composure and went on to say:

With many of us in the run up or even in the throes of exam fever, all we can do is the same and try to learn from these great pugilistic masters; prepare for the unexpected, hope there aren’t too many nasty surprises (but if there are smile, roll with the punches and enjoy the journey), and, most importantly, never ever forget why you’re doing what you’re doing; work well, study hard people & remember to come out punching!!!

This entry was posted on Thursday, May 7th, 2015 at 2:23 pm and is filed under LLB. You can follow any responses to this entry through the RSS 2.0 feed. You can skip to the end and leave a response. Pinging is currently not allowed.