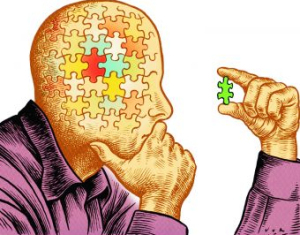 Exams are only weeks away. Perhaps many of you woke up earlier than usual this morning so that, after the usual chores, you could continue revising a subject that you began working on last night. I did. But as is often the case in philosophy, this very ordinary scenario raises some fascinating and remarkably difficult questions. One of them is called ‘the problem of personal identity’, which we could put, at a first pass, like this: How do you know that the ‘you’ who awoke this morning and continued revising is one and the same person as the ‘you’ who was revising and then went to sleep last night? Let’s call this the Basic Question.

I realize that this problem – or even the suggestion that it actually is a problem — may sound ridiculous to many of you. But I shall try, as Bouwsma said a philosopher must, to ‘quicken the sense of the queer’ – that is, to explain why it is in fact so wonderfully problematic. And later, I shall try to explain some of the practical implications that follow from how we ultimately answer questions like the Basic Question.

This is undoubtedly a reasonable response. But consider the following scenario. Your alarm goes off in the morning, and as you silence it, you begin to think both about your morning chores, and about the topic you’ll soon be revising. You move about your home with complete familiarity, feeding your cat, preparing your lunch, smiling at the sight of your favorite family portrait, and so on. You then sit at your desk, turn on your computer and enter the appropriate password. As always, the first thing you do is check your email. You open the first message and see it contains a video, which you (unwisely) choose to watch. As it begins, you see that it’s footage from last night of yourself asleep in your bed. But then you see a team of what appear to be scientists enter your bedroom, and you watch as your sleeping body is removed from your bed, its skull is opened, and its brain removed. Another body is then brought into the room, its skull is opened, and its brain is removed. The brains are then switched, so that your body receives the other brain, and the other body receives your brain. Finally, this other body, which now contains your brain, is placed back in your bed. As you continue to watch the video, you see this unfamiliar body awake and turn off the alarm, after which it leaves the room. The video then ends. Now the very next thing you do, of course, is rush to the nearest mirror. Sure enough, you discover that the reflected body is not your own, but the unfamiliar body you first saw in the video you just finished watching.

So we may now be inclined to answer the Basic Question as follows: The morning person and the evening person are one and the same person because they share one and the same brain. But suppose we tweak the brain-switch thought experiment in the following way. The team of scientists on the video don’t remove any part of your brain, but rather hook you up to a machine that extracts all the information your brain contains. Then, having done the same thing to the other person, they use the machine to ‘insert’ the information extracted from his brain into your brain, and vice versa. Then, they place his body and brain, which now contains your brain’s information, into your bed. Would you still be inclined to say that the other-body person who awakes is one and the same person as the evening person?

But notice that now we’ve completely transformed our answer to the Basic Question! For the response that at first seemed so obvious – viz. that the morning person was one and the same person as the evening person because they shared one and the same body – now seems all but impotent. But what about the new criterion we’ve hit upon, viz. psychological continuity – can we depend upon it to answer the Basic Question?

Let’s tweak the thought experiment one more time. Now, as in the second thought experiment, the scientists merely extract information from your brain. But during the reinsertion process, the machine malfunctions. This goes unnoticed by the scientists, however, who proceed as they did in the previous thought experiment. Now suppose that the other-body person awakes as before, with the memories, personality and dispositions of the evening person. And suppose that, after watching the video, he goes through the same process of reasoning we previously outlined, and concludes that he is the evening person. So far, so good. But now suppose that unknown to the other-body person, your original body awakes somewhere else, and due to the machine’s malfunctioning, it too possesses your memories, personality and dispositions! That is, during the extraction and reinsertion process, the evening person’s brain information was ‘inserted’ into both brains!

But this raises (at least) two new questions. First, if physical continuity was of no consequence in the first two thought experiments, why should it be of any consequence now? And second, should this result affect how we view the first two thought experiments? For in the second thought experiment, it seemed clear that the other-body person was identical with the evening person; yet how can that result be contingent on something like whether the information extracting machine malfunctions? Note that even the first thought experiment is not immune to this problem. For suppose that the brain of the other person was dropped and irreparably damaged during the removal process, and so your brain was divided in half. One half of your brain was placed in the other person’s skull, while one half remained in your skull. Yet again we’d have two people who are psychologically continuous with the evening person, and this time both are at least partly physically continuous with him as well. And the physical continuity involved is precisely the sort we judged to be most important in the second thought experiment, viz. continuity of brain. So now, if we’re inclined to say that the person with the evening person’s body is identical with the evening person, it seems as if it’s continuity of the rest of the body, and not of the brain or of any psychological properties, that leads us to that result. Yet that’s the very first condition we rejected! Hence, as is so often the case in philosophy, what at first appeared to be no problem at all has now, on careful reflection, left us utterly confused!

But so what? Does anything of practical significance turn on how we answer these sorts of questions? Let’s consider just one of a host of contentious issues that are deeply affected by how we answer questions about personal identity, viz. the issue of abortion. Note that in our discussion above, we regularly distinguished persons from the bodies of persons, or persons from organisms. Are these distinctions tenable? If not – that is, if a person just is his body – then you are plausibly one and the same person as the fetus that was in your mother’s womb. And then, if we want to say that you have certain rights now, and that you have them simply in virtue of being a person, it’s going to be difficult to deny that the fetus, who is identical with you, had those rights as well. But if these distinctions are tenable, then you and that fetus may not be one and the same person – indeed, the fetus may not be a person at all. And this will affect what rights we’re willing to ascribe to it, or whether we choose to ascribe it any rights whatsoever.

We have, of course, barely scratched the surface of the problem of personal identity, and of the practical considerations that are affected by how we attempt to resolve it. But I hope this much is clear: what at first appeared to be a non-issue has, on careful philosophical reflection, turned out to be not only completely baffling, but of critical importance as well! Yet notice that our resulting confusion is what we might call an informed confusion – that is, we in our confused state understand the issue much better than those who believe they have easy answers to the questions it raises. And properly understanding an issue is surely a reasonable precondition to ultimately answering the questions it raises.

2 thoughts on “The problem of personal identity”