Behind the scenes at a University committee meeting

The University of London International Academy has quite a sophisticated committee structure – hardly surprising given there are over 50,000 students and a range of different Lead Colleges and programmes.

In recent years there has been student membership on the University of London International Academy Academic Committee (ULIAAC) and the various sub-committees which report to it, such as the Learning, Teaching and Assessment Sub-Committee (LTAS) and the Quality Assurance and Student Lifecycle Sub-Committee (QASL). These student members make up the Student Voice Group (SVG) which meets twice a year.

Over and above all of this committee structure there is the Board of the University of London International Academy (BULIA) to whom ULIAAC and the University of London International Academy Finance Committee and the Institutions Sub-Committee report. In the past there has been no student member of BULIA, but this summer it was agreed that from September 2014 a student member should be appointed. I am the first student to hold this post – quite an honour! 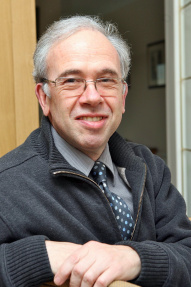 I have had a connection with the University of London for over 40 years, having gained a BSc(Econ) from University College (now commonly known as University College London, or UCL) in 1974 and then an MSc in Economics from Queen Mary College in 1975. I then worked as a Research Officer at (what was then) University College Hospital Medical School for 4 years. I then ‘flew the nest’ in 1979, but at the age of 57 enrolled with the University of London International Programmes to study for a Diploma in Public Health (lead college – London School of Hygiene and Tropical Medicine – LSHTM) and am now enrolled on a course on Statistical Methods in Veterinary Epidemiology at the Royal Veterinary College. I was Student Rep for the Public Health students on the LSHTM course in my third year of study, and was the postgrad student member of LTAS last year.

Around one week prior to my first BULIA meeting in November 2014, an enormous package arrived at my front door in Inverness (in the Highlands of Scotland) – sent by Royal Mail Special Delivery. It wasn’t an early Christmas present, rather it was around 200 pages of documents to be read before the meeting! One thing I learned from my earlier membership of LTAS was to do my homework, and to phone some friendly person at Stewart House if I had any questions. 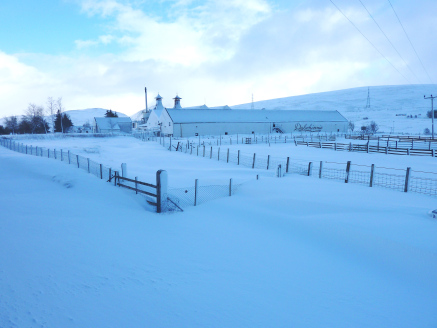 The papers were in some respects similar to those I had seen at LTAS, but there was one big difference – there were pages and pages of accounts! Given my earlier background in economics and my (sometimes successful) attempts at managing my own investments, I found this information fascinating. The information is confidential, and one thing which one must appreciate as a student member is the importance of respecting this. However, I can tell you that I saw nothing which seemed scandalous – honest! All of the papers which were presented to BULIA from ULIAAC were about academic matters, they were invariably accepted after a brief discussion – we were fully satisfied that ULIAAC and all the sub-committees which had reported to it had done a thorough job. We were therefore able to ‘rubber stamp’ things without further debate – though I am told this doesn’t always happen.

The reason that meetings of BULIA focus on the more business side of things is because the Finance Committee (on which there is no student membership) reports to no one other than BULIA. It is important that BULIA carefully scrutinises these financial reports.

Many of us are now familiar with the idea of SWOT analysis, that is where an organisation looks at its strengths, weaknesses, opportunities and threats. I had the impression that this was at the heart of the BULIA meeting.

Well, that’s enough of the heavy stuff. Let me tell you a little about my journey. I travelled down to London by train on the Highland Chieftain. The journey is 550 miles long, and the train which departed from Inverness at 07:55 arrived into London King’s Cross (see image below) at 15:51. I enjoyed a cooked breakfast at the start of the journey and a hot lunch (with wine) aro 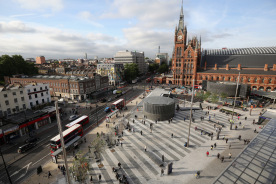 und midday. We travelled through some spectacular countryside, but the two highlights were Durham and York with their majestic Cathedrals. I travelled back to Inverness on the overnight sleeper train – a great experience! After a good night’s sleep I was awakened to a continental breakfast before leaving the train at Inverness at 08:30.

It had been suggested that I wear a lounge suit for the meeting, so that I would blend in with the other committee members. When I arrived at the Senate House, I wasn’t sure where Room 102 was (the venue for our meeting), as all my meetings of LTAS had been held in the Court Room. I asked a kind looking gentleman in an open necked shirt if he could point me in the right direction, and he said he would take me there. He turned out to be Professor Sir Adrian Smith, the Vice-Chancellor of the University, who was to Chair the meeting! The meeting lasted just under 90 minutes and had a relaxed, but business-like feel. There are twelve members of BULIA in total. I enjoyed the meeting, and the other members seemed pleased that I was present. I spoke on one issue.

My only real disappointment was that the refreshments served (coffee and biscuits) were no different to those served at LTAS and SVG meetings!

Student membership is an important element of YouEngage, the student engagement programme at the University of London International Programmes. Read more about YouEngage by visiting www.londoninternational.ac.uk/youengage

This entry was posted on Friday, February 20th, 2015 at 3:59 pm and is filed under Student Voice Group. You can follow any responses to this entry through the RSS 2.0 feed. You can skip to the end and leave a response. Pinging is currently not allowed.