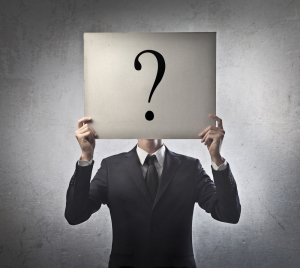 When someone studying philosophy begins a discussion with the question ‘Who am I?’ your instinctive reaction may be to look for the nearest exit. But before you take your leave, let me assure you that my aim in asking and answering that question is much more prosaic than the label ‘philosopher’ might at first lead you to believe.

My name is Eric DeJardin, and I live in the state of Rhode Island in the United States. I’ve been interested in philosophy since I was a teenager, but I didn’t begin to study it formally until I began to work towards a Bachelors degree at Harvard’s Extension School in Cambridge, MA. My classes on the history of philosophy and on logic with Hugo Bedau, Eli Hirsch and Jay Harris were among the most enjoyable and enlightening I’ve ever taken. I had planned to attain a degree from the Extension School, but after completing about half the required coursework the costs of travelling three times per week from Providence, RI to Cambridge, MA became prohibitive. So I put my formal academic goals on hold and began to look about for an affordable — but, very importantly, high quality — alternative.

After discontinuing my studies with the Extension School, my primary engagement with philosophy came via various blogs run by professors and graduate students. Then in November of 2012, I came across a post on the blog ‘Leiter Reports’ that was about (in part) distance learning programs.   The first post in the comments section was by Professor Samuel Guttenplan, and I think it’s no exaggeration to say that it changed my life. Guttenplan wrote:

“Up until recently – and for 12 years before that – I was Programme Director of London International Philosophy. Quite a few students completing the BA got First Class Honours and went on to postgraduate work at e.g. Cornell, Oxford, London and several other universities. In all cases, I was able to supply a reference based on the student’s record on written examinations, pointing out too that the BA had the same standards and often the same markers as the internal London BA.”

This was the first time I had heard about University of London. I researched it obsessively for four months after reading that comment, and was amazed by what I discovered, viz. an affordable program of exceptional quality with unparalleled flexibility. (It’s that affordable and that flexible, and still good enough for Oxford — are you kidding me?) It’s administered by Birkbeck College, which I knew, from reading Leiter Reports, has an excellent reputation among professional philosophers. But there was that one little bit about ‘no instruction’ I learned about through my research — there are no lectures, there’s no interaction with professors, and no graded work through the course of the year. The only guidance UoL philosophy students receive comes in the form of a Subject Guide for each course, which contains brief introductions to key topics and extensive reading lists (more info on study materials here). Clearly, I thought, this program is not for everyone. But, is it for me?

While trying to answer that question by further researching UoL, I came across Dr. Geoffrey Klempner’s ‘Pathways to Philosophy’ website. I learned that Dr. Klempner provided UoL students with instruction and guidance in the form of essay-length responses to student essays. So, I began to study philosophy with Dr. Klempner, and did so from March of 2013 to May of 2014, which is when I registered with UoL’s BA Philosophy program.

Unfortunately — well, unfortunately for me! — Dr. Klempner announced his retirement from teaching in June of 2014. I learned a lot about doing philosophy from him — and, importantly, about what it means to be a philosopher, and to have philosophical problems — and will always be grateful to him for his guidance and mentorship. And while the student guides, which I had just received access to via the UoL Student Portal, were excellent, I wanted to get as much as possible out of my UoL experience, so I began to seek out alternative means of instruction.

While discussing Dr. Klempner’s retirement with some friends on the UoL Philosophy Program Facebook page, I hit upon the idea of asking the graduate students at Birkbeck if they would be interested in filling the gap Dr. Klempner left. Luckily, Birkbeck liked the idea, and so now UoL philosophy students have access to an affordable and reliable source of instruction, should they choose to use it. And, while I was waiting for Birkbeck to respond to my proposal, I found an amazing tutor of my own!

I’ve learned that the style of study (for philosophy) that is, in my judgment, best compatible with UoL fits me perfectly. I’ve tried to model my approach on the famous Oxford tutorial system: I begin with a previous exam question on a topic I’m studying, and the suggested reading from the Subject Guide. I then spend a week or two researching the topic using the resources supplied by the UoL Online Library, and local university libraries (I’m lucky enough to have access to the libraries at Brown, Rhode Island College and Providence College, each of which is within fifteen minutes of my home) and completing an essay in response to the exam question. When the essay is complete, I send it to my tutor for comments, criticism and suggestions. And then I select a different question and begin the process all over again.

UoL prides itself on providing its students with resources that can stand alone, as it were. And I know some excellent students who have achieved amazing results while using only UoL resources. But if you can combine the resources UoL supplies with access to a university library, an excellent tutor, online lectures and podcasts from independent sources like iTunes, and a forum in which you can easily engage with fellow students (like Facebook or the Student Café on the UoL Student Portal), you can maximize the educational experience UoL makes available. And, since my ultimate goal is to go on to study philosophy at the graduate level, getting access to those additional resources is important to me. But that is, at least in part, what’s so amazing about UoL — no matter what your goals are, you’ll have the opportunity to attain them in whatever way you judge to be best.