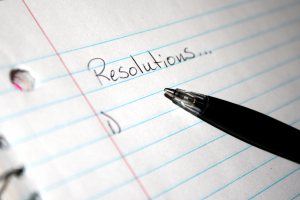 The New Year has come and passed.

That’s not quite how it works.

But you don’t give up.

Instead, you tell yourself that it’s alright and tomorrow, you try again.

You keep at this until the end of the year.

Then, you look back and chart back your progress.

Progress is what matters. I know that achieving the New Year’s resolution is important, however, even if you didn’t manage to achieve it, it’s alright. You can always do it next year. As long as there is progress, it means you are getting there and that’s what matters.

For me, this year, one of my new year resolutions is to control my emotions. The reason for this is because my  emotions go all over the place easily. So when I study, whenever I hit a tough chapter, I panic very quickly and easily. Personally, I want to stop them because if I could study more calmly I would be more productive and I wouldn’t be emotionally so tired.

I must admit that it is not easy trying to stay calm. It’s an up and down journey and I am working on it. I just need to take one step at a time.

Anyhow, having a new year resolution is sort of like having a little reminder of how you want this year to be and what you want it to be. Personally, I don’t think it’s a bad thing to have a direction for the year.

Carmen is studying the BSc Economics and Management at a recognised centre in Malaysia.

This entry was posted on Thursday, January 22nd, 2015 at 10:49 am and is filed under Courses directed by LSE, Economics and Management, General. You can follow any responses to this entry through the RSS 2.0 feed. You can skip to the end and leave a response. Pinging is currently not allowed.

One Response to New Year’s Resolutions