Reactions to my return to study 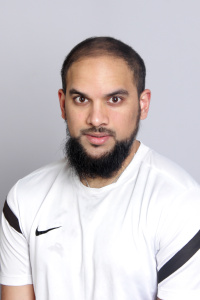 Hello, Welcome to my new blog. I hope to provide you with a weekly distraction from your studies which will lift your spirits, make you laugh and think ‘he is a idiot, I won’t read his blog again’ all in a few seconds. However, you will read my blog again to see what rubbish I have written so you can complain to your friends (and of course your secretly enjoying what I say you just can’t admit it to yourself).

I currently work for a pharmaceutical company in London and it is a different experience to any I have had in the past. The key difference is that in my past jobs almost everyone I met had been an undergraduate or postgraduate student. Whereas now I work with people from a variety of backgrounds who are mainly doing the job because they need the job. As well as being a distance learning student on the MSc Epidemiology, I have fellowships and memberships to a number of institutes which I am active with.

When I decided I wanted to be a student again last year I was expecting lots of positive reactions, but instead I got a few fake smiles, and comments such as ‘Why do you want to study when you already got a job?’ or ‘How much will it cost you?’. This shouldn’t have been a big surprise as I was already used to my colleagues making comments about knowing people with degrees who lack intelligence, or being ironically paranoid about people with degrees looking down on them.

So that got me thinking about the difference in thinking between different people. Ultimately, everyone wants to be successful, but different people having different ways of achieving success. So let me distract you from your studies for 10 minutes and  I will take a look at history to see how attitudes evolved. My historical dates and facts may be (extremely!) inaccurate, so feel free to comment on them. Bad comments are always better than none!!!

10,000 BC- The first humans were sitting around a fire eating a Tyrannosaurus Rex and looking up at the stars in amazement. That was about all they did because they were happy with life as it was and couldn’t think life would get any better. Why would they reach for the stars when they had what they needed to survive: food and shelter. Many people have that attitude with their careers. They are happy with what they have and don’t want to make any more progress. Sometimes it’s a fear of failure and other times it’s a lack of ambition.

1,000 BC – Travel forward to the future and humans have started travelling by sea to distant lands. Someone decided there was no point sitting around waiting for things to come to them and they would go out and find what they wanted in life. Unfortunately, they didn’t experience the full joys of sea travel for a variety of reasons, one was they had limited themselves with a belief that the world was flat and they would fall off the edge. Others believed the world was a big dangerous place after hearing stories from ancient scaremongers who would one day be replaced by 24 hour news. Others got tired of being stuck on a boat smelling of sweat. Many people have this attitude with their careers – after making initial progress they decide they can’t go any further because they have limited themselves with their beliefs. Rather than acknowledging they need to gain new skills or raise their game, they blame the glass ceiling or worry they can’t do the job. Runners call this hitting the wall; it is a point were your skills can’t help you move any further and to move forward you’re going to have to feel the pain and break mental barriers which most people can’t do.

100 BC- Humans looked to the sky and saw birds flying in the air and thought I wish I could fly. They then developed bows and arrows and shot the birds down. If I can’t fly neither can you!!! Anyone who has had a management, leadership or supervisory role knows of the person who is deliberately difficult to work with. Or the person who tries to put others down. I don’t know how he got that promotion? I could be a better manager than him?

1,800 AD- Humans have decided there are too many birds to shoot down so they decide to built hot air balloons and fly in the clouds. This is the age of enlightenment, self belief and hard work. Just like distance learning students who study to uplift themselves through hard work and determination. Raising the bar, rather than asking for it to be lowered. In all areas of life we’ve got to raise our own bars and rise to the occasion, not ask others to lower their standards.

1940s AD- Humans have started flying around in planes and they decided to use them to drop bombs on others. The use of negative energy to hold onto a position by keeping others down. Some people don’t like others to move up in the world either because they don’t want to lose their position at the top or because the don’t want to be left behind and forgotten about. All empires end eventually, even a well-known software company used to have a list of rivals they wanted to crush to keep their market dominance.

Present Day – Humans are flying across space in rockets, living on space stations and, by reading this blog, time travelling and rewriting history. Ultimately, there are four types of people those who stand and stare, those who bring down, those who move up and those who obstruct.

I hope you enjoyed reading this new blog and it motivates you to study if you dont have many people supporting you. My final words are to remember failure is an orphan but victory has many fathers.

Mustafa is studying the MSc Epidemiology by distance learning in London, UK.

This entry was posted on Friday, December 5th, 2014 at 12:53 pm and is filed under Courses directed by LSHTM, Epidemiology. You can follow any responses to this entry through the RSS 2.0 feed. You can skip to the end and leave a response. Pinging is currently not allowed.

One Response to Reactions to my return to study