1. Making others understand the concept of an external student.

“If you are studying in the UoL, what are you doing here?  Are you on a summer break?”, is probably the most commonly heard question for a University of London International Programmes student. Most of your friends are studying in the leading national Universities but you have to be a representative of UoL anywhere you go to answer them.  You have to finish an entire presentation on ‘The Concept of an External Student’ before they can finally relax with the grueling rapid fire round. 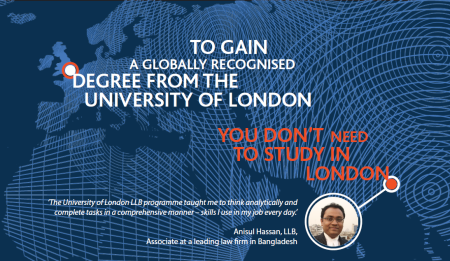 Just when you were about to succumb to your last minute pre-examination pressure, you hear that the exam time has been postponed to, say, six hours later because of some political tension in your country. You gasp a breath of relief but at the same time, you realize you have to come back to the exam venue at midnight. Sounds like a late night party but I swear sleep can distract you. You are scared to fall asleep and drool on your exam paper. 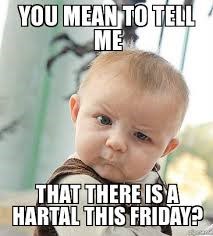 3. A semester system is what you want.

When you hear your friends saying “I am in my 5th semester of BBA”, you also want to say something similar. Instead you have to say “I am in second year of LLB (Hons)” and don’t know how many semesters that equals to. The thing about a semester system is you are constantly under the tension of studying and doing good, which you don’t usually have in the traditional year system, which only has one exam a year for each course. 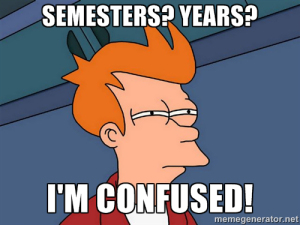 4. Year long programs with friends and studying for one month

You did not miss the ‘Annual’ trip to the beach with your friends…. Admit it! You bunked classes, went to watch a movie, attended a comicon or perhaps a sports event until you realized you have only two months left for the final exam. You panic, you turn your ‘nerd-mode’ on and if you are lucky…. you score a 50+. Well, most of us face the harsh realities of life, not being able to score a good mark, yet move on with whatever life has to offer. 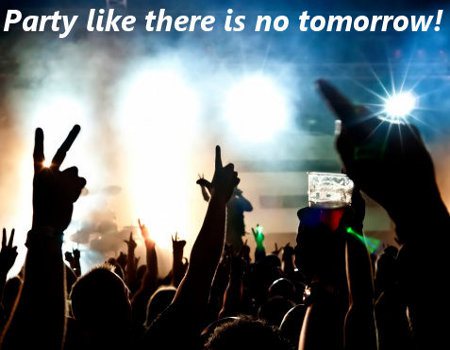 Since the first year of my LLB (Hons.), I did not waste the opportunity to introduce myself as the guy who solves everything. “I am a Law Student, let me handle this!”. Most of you would relate to giving advice to laymen with your freshly learnt laws of first year, although you yourself weren’t sure of the outcome. That sheer pleasure of being the Mr Know-it-all has always made you feel proud of studying law. 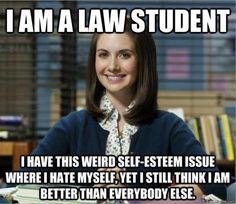 Being a law student and not being anything else is so boring. You have involved yourself in extra-curricular activities already, if not… soon. Your passion for music is so intense you couldn’t miss your first ever live performance which was just a week before your exam. You are part of a non-profit organization or you just started your own.  You are in your second year but you started earning already by teaching students of the first year. You just have to live up to the ongoing trend and be popular. 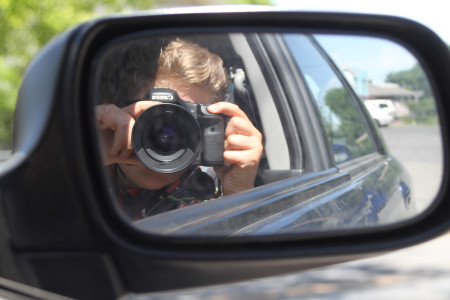 “I need to finish this chapter by tonight…. but let me first update a status about it!”. You have to let the whole world know that you are studying. You even upload POV pictures of your law books and your cup of coffee beside them.  Every time you go all determined about an all nighter, somehow the urge of checking your Facebook notifications comes along your path. You feel as if there is a ‘Six Degrees of Separation’ between you and that notification alert on your Facebook. 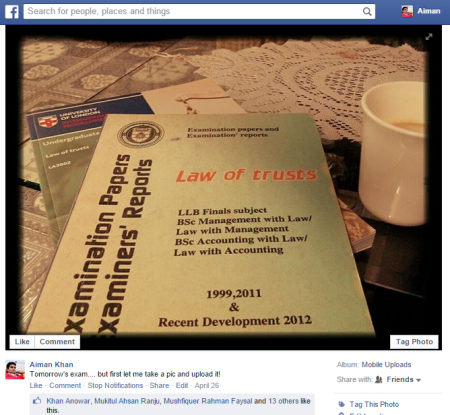 An Adda is a popular Bengali word for chatting with friends in a group. You attend your institution and you find your buddies hanging out in the cafeteria but you have got a class to attend. Unless you are a complete GEEK, you would definitely want to join in to know what’s the hot topic about. Otherwise you would go to your class being the most attentive student in the entire universe, yet thinking about what were your friends talking about. You constantly think about that until you finally hear your teacher saying “That’s it for today!”.  If you don’t be in the Adda, You are just not cool enough! 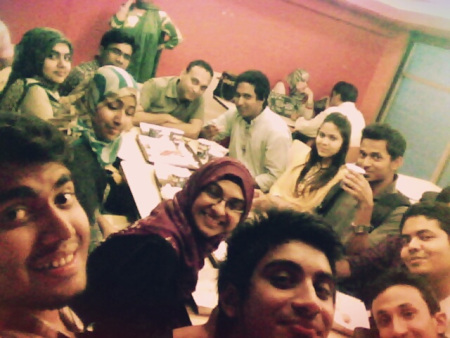 Aiman is in his final year of the Bachelor of Laws. He lives in Dhaka, Bangladesh.

This entry was posted on Friday, November 7th, 2014 at 4:24 pm and is filed under LLB. You can follow any responses to this entry through the RSS 2.0 feed. You can skip to the end and leave a response. Pinging is currently not allowed.

3 Responses to 8 things Bangladeshi UoL students can relate to