Colours of the Prism 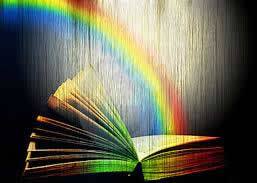 One of the things that makes literature beautiful is its ability to bring out our multifaceted humanity. It functions like a prism that reflects the many colours of the rainbow when a beam of white light passes through it.

However, this ‘rainbow’ is not all about beauty; neither is it infallible. It has its vulnerabilities, the little pockmarks that blemish an otherwise beautiful face. And I think that it is not only at its most vulnerable, but also at its most interesting stage, when the intricacies of human relationships and of humanity surface. 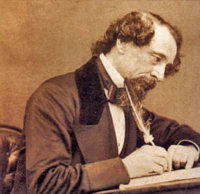 To my mind, Charles Dickens is a master at doing this: in Great Expectations Pip lay up in bed for days while in London. It was neither his guardian, Mr Jaggers, nor the supposed ‘fairy god-mother’, Miss Havisham, who tended to his needs, and nursed him back to health. It was his uncle Joe, the unassuming blacksmith, who loved Pip without reservations. The irony is that the unappreciative Pip used to constantly spurn him. He was like a pebble in his shoe: bothersome and unwanted when Pip was walking his way up the road of the high society. Therefore, a reader’s indignation about Pip could not be appeased until Pip finally realised his mistakes. He headed back to Kent to look for Joe, hoping to redress the sullied relationship.

Recently, for some strange coincidence, I was re-reading George Orwell’s essay, How the Poor Die. Although I read it once many years ago (and I liked it very much), I could not really recall the full details of it.

But as I read on, the words started turning on the many little bulbs in my head. One by one, a fuller light was formed and I could see what it was about the essay that I had liked so much. And I called it a coincidence because, just like Orwell, who was battling with an unrelenting illness, I was battling with a fluctuating fever for days in bed while reading it. 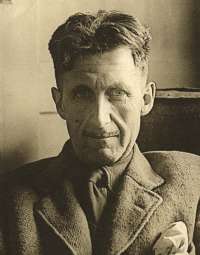 In that essay, Orwell talked about how common it was for medical students in the past to kill ‘free’ patients by conducting experiments on them. These were experiments that could not have been done on a ‘paid’ patient. Therefore, patients who did not have a penny to pay for their medical treatments, paid by being test specimens. The nurses often left these ‘free’ patients soiled and constipated on their beds simply out of sheer laziness. It was also not uncommon that the dead would not be discovered until the nurses or doctors did their usual rounds in the morning. For the poor, it was a time when sufferings augmented as sickness struck.

There could not be a more suitable time to read the essay than the time when I was recuperating from a fever. I was able to connect with the sick and the poor in Orwell’s days without having to try too hard. I was immediately convinced of and converted to Orwell’s belief that it is better to die in one’s boots than in one’s bed: the violent death of war is much less painful than the slow and smelly way of dying on a hospital bed.

Charles Dickens and George Orwell―the canonical writers― have masterfully accentuated humanity through literature. They built a bridge that breaks through time, transporting us beyond the prism to discover colours to which we could have been blinded. That is what literature has never failed to do over centuries.

And right now, as I regain my strengths, it is not my boots that I will be putting on but my Newbalance shoes, to jog my way to optimal health. Well, I am sure, Orwell would agree that they would function just as adequately as his boots.

This entry was posted on Friday, July 11th, 2014 at 5:20 pm and is filed under English. You can follow any responses to this entry through the RSS 2.0 feed. You can skip to the end and leave a response. Pinging is currently not allowed.

One Response to Colours of the Prism