I remember our final year class trip to Thailand. My friend Mike and I were watching the sun come up over Koh Phangan from the sea, a tropical island paradise and home to the famous full moon party.

We were floating there in the early hours of the morning contemplating the weeks and years that had just gone by; the intense study, the hours of lectures and tutorials, the sheer number of patients we had seen and the histories we had taken. We had just finished our final year exams in medical school and we were passing the time to graduation and starting work as doctors.

We discussed how we had entered medical school with a naive impression that we could change the world around us. We agreed that we were probably amongst the best educated in the world. (We theorised because we were in that type of mood). But, we concurred that after six years; we were no wiser. 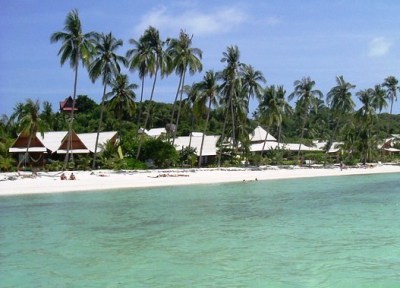 We lolled up and down on the rising water, staring back at this beautiful Thai island being ruined by westerners here to throw around some expendable income on alcobuckets and cheap thrills. Drunken us-sprawled on this hedonistic paradise-lost. The flashing lights and fire skipping ropes faded to the mooring sunrise.

As we floated up and down in the water Mike said something to me that I think about everyday: ‘We live in a world where 95% of a car’s energy goes into driving the car itself and not the person in it.’ Go figure. We live in a world obsessed with unsustainability.

I became very disillusioned over the course of my first year working as a doctor. I became saddened at the state of medicine: ordering unnecessary tests that were unlikely to change an outcome, working in hospitals that haemorrhage money, working in a healthcare system brought to it’s knees by big pharma, working with the lingering expression ‘we need to cover ourselves’. Once sensibility is lost in medicine care deviates from the patient.

I needed to leave this environment for a while. None of it seemed reasonable or patient centred. I decided to do a Masters in Public Health at the London School of Hygiene and Tropical Medicine and practice part time.

Vinnie is a doctor in his first year of the MSc Public Health, studying by distance learning. He is from Dublin, Ireland.

This entry was posted on Wednesday, April 30th, 2014 at 3:59 pm and is filed under Courses directed by LSHTM, Public Health. You can follow any responses to this entry through the RSS 2.0 feed. You can skip to the end and leave a response. Pinging is currently not allowed.

One Response to Paradise lost, but a new journey beginning